Kept my bed again all forenoon + went to the smoke room in afternoon. Had a good night again with syrup of Codeina. Feeling better. Pollok + Mr Ross called. My letter of apology was read at the board [?] meeting + caused some amusement. I had said that I had been assaulted by Turk or Armenian named Micrococcus catarrhalis1 who had seized me by the throat etc + some of the folks thought it was a German attack! 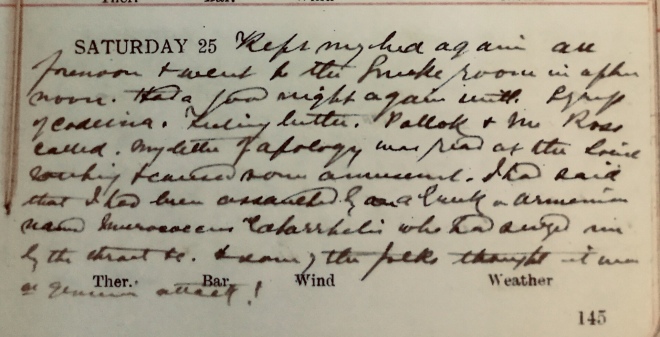